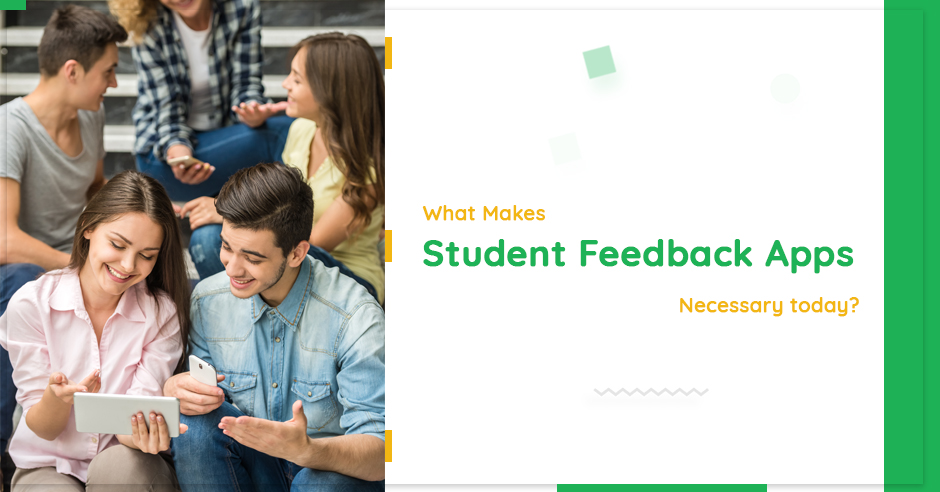 By Chanakya KyathamJuly 26, 2019No Comments

The education system today is indisputably facing challenges from almost all regions. With constantly decreasing teacher-student ratio in many countries, the system is surviving between budget constraints, rapidly evolving technology and a constant call for a complete system overhaul.

Something that appears to be in a distressful state of affairs is actually being dealt with by presenting every day with a new architecture that provides a better way of knowledge sharing. Student Feedback Apps, available in Play Store & App Store across platforms, are such advancements specifically dedicated to developing a profound education system.

Today, in this blog, we are focusing on comprehending the different avenues of student feedback apps that makes them an absolute necessity in 2019. Let’s understand how these apps or online systems promise a full refactoring of the student-teacher relationship.

How do you categorize the depth of knowledge imparted in any educational society? Apart from depending on surveys and discussion seminars, one of the most efficient methodologies is the student feedback software or apps. These are gaining popularity amongst the contemporary universities and colleges, owing to several benefits associated with its usage.

Before the initiation of online student survey apps, the task of feedback gathering continued to be one of the most difficult situation. It involved gallons of printed feedback forms with multiple irrelevant questions that every student wished to avoid. There was hardly anyone taking the feedback process seriously. And even after receiving the completed forms, the data collected had very little role to play in any process upgradation.

With student feedback system coming into the picture and having an online system, the data collected and presented in an organized manner increases the scope of further research and process development. Many institutes have been utilizing the data collected through feedback apps for process correction and addressing a student’s particular concerns.