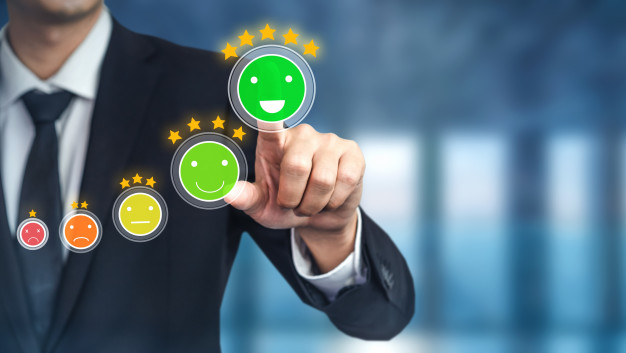 By Chanakya KyathamMay 26, 2021No Comments

“We all need people who give us feedback. That’s how we improve.” — Bill Gates

Student – the word in itself is a huge promise to society. It’s the dream of a new world that would be created through the education that has been bestowed by educators, family elders, and society in general. It is really important that every student is provided the best kind of education and informed regularly of his/her performance. Feedback is a vital part of student performance and overall development and hence, report cards, parent-teacher meetings, and other examinations are conducted at regular intervals.

This article attempts to place forward two types of feedback applications– Net Promoters Score (NPS) and 360⁰ Real-Time feedback. We all understand the need for advanced and detailed feedback; missing which the student is either half-aware or not understanding what improvements or changes are required.

How many times have you come across a survey that asked you questions like:

On a scale of 0 to10, would you recommend (such product) to your friends?

On a scale of 0 to 10, how satisfied are you with (such) product/service?

Most of you will say, numerous times over numerous ranges of products. What you may or may not understand while assigning a number of your choice at random is that these responses enable a company or product to understand its Net Promoter Score (NPS). A school or a student can benefit immensely through NPS.

A school could benefit a lot by implementing NPS, a feedback app that has the potential to drive a lot of success and better opportunities for the students in particular and the school at large.

A customer satisfaction score where the range is between -100 and +100 and the scores get categorized into three sections – promoters, passives, and detractors.

Promoters give your service or product a survey score between 9 or 10. They are also termed as loyal and enthusiastic customers. Promoters would not just vouch for you but also probably recommend you to friends and family (highly likely).

Passives give a score between 7 and 8 for your product or service. They seem neutral or not harmful, yet it would be dangerous though if you considered them no danger to your company. Passives are non-enthusiasts or even unimpressed by your products/services and can be easily persuaded to switch over to a separate brand. Neutrality usually and most often leads to negativity than positive turnover.

Detractors are those who evaluate you with a score point between 0 and 6. These are probably the most unhappy and could even be angry or extremely against your product or service. Most likely, they will never recommend you to someone rather damage your reputation with their negative feedback.

Net promoter score is calculated as:

Significance of NPS for your school/institution

The NPS tells you how happy or satisfied the students and families are with you and your foundation. The score of NPS reveals the true plus reactive feelings of your audience for you. In case your school has acquired more detractors, it could keep future parents away from your institution and tarnish future prospects of your enrollment possibilities.

To improve the NPS ranking or score, your school/institution needs to put real-time feedback in proper practice. Even when you find detractors harder in convincing than promoters, using real-time data to identify why and how the service got neglected or disliked by a student/parents. Identifying the key pain points of your service area and acting on them can actually convert the passives and detractors to promoters gradually.

According to some researchers from universities in Austin, the benefits of frequent testing followed by feedback are manifold. The role played by feedback has always been central in the history of learning. The right kind of feedback has helped progress the research of the student his/her mentor to a great extent. The feedback has enabled the students and the mentors to understand if they are doing the right thing. So is the case of learning in the classroom. Real-time feedback can create a huge impact on the research and its progress, also in improving the study and aptitude of the students in school and colleges. However, there must be effective feedback. To understand what exactly effective feedback is, let’s look at five such and their contextual effect in educational settings.

The feedback needs to be as specific as can be possible. For instance, a great job or excellent work done is ambiguous feedback. Instead, the student can understand better if the feedback specifically tells the subjects or areas where the student has shown good performance and those where he/she can do better, can help grow and do better.

The sooner you provide your feedback, the better it is. Researchers indicated that immediate feedback presented a significantly higher degree of improvement than when delayed. Research at the University of Minnesota presented that students were able to understand the material recently read better with immediate feedback than in case of delayed feedbacks.

Once a student is given specific achievement-oriented feedback, towards which the student should be working around, this feedback helps the receiver understand which kind of progress will help them achieve their goal.

How the feedback has been designed and presented can impact greatly its receipt. This means, in certain cases even the most well-intended feedback can be taken in a negative form if not presented carefully. This could de-motivate the learner’s intention to grow and understand better.

#5. Involve learners in the feedback process

The significance of the involvement of learners while collecting and further analyzing performance-based data is paramount. The study says students have to be given access to their performance. At a broader level, they are to be informed if they have mastered a certain material. Given inputs about their studying, reading, looking for information about their ways to read and study, or even how to answer questions could be invaluable to them.

So, you have covered two milestones – NPS and its significance and how 360⁰ real-time feedback helps in promoting growth and better learning of the students. Now, let’s look at the power of combining the two forms of survey and feedback application into spearheading student performance.

NPS and 360-degree feedback is actually a two-way interaction, where the student sends feedback of his or her likes or dislikes of the institution, followed by the feedback that the teacher or school authorities present about the student. In the former case, not only the school gets to understand what the students or the parents feel about their work, but they also realize who or what elements could be possible threats to their schools.

In the case of 360-degree feedback, the students are clearly and specifically informed of their performance and the metrics based on which they could grow or perform better. The two-way communication builds a better bridge amongst the students and the school thereby, helping an overall growth and mutual understanding.

The stress of managing high-quality students and teachers’ performance has never been so demanding as that of the present Covid situation. This is the time when continuous and detailed feedback is of paramount significance to both the families of the students and the administrators at school. Both the parties are striving hard to maintain a balance between the virtual schooling challenges and the need to teach and learn the best of study materials. A time when practical live classes are not possible and the student doesn’t get to meet his/her mentor – an NPS tells the school of the opinion the ward holds of the school and that of his/her mentor. Similarly, specific, goal-oriented, timely, and detailed feedback of the student performance helps the family focus on the student’s needs and areas to focus on or betterment or putting greater attention.

Who says, the software is just there for the geeks to create and enjoy. Innumerable software and applications have been interesting points of communication between the user and the creator. The student feedback app and survey applications are also the same. The NPS and the 360 real-time feedbacks can actually create a situation of win-win for both students and the school. Modern-day systems of education can actually be revolutionized with such applications.